Yobe state Governor, Hon. Mai Mala Buni, has approved the full implementation of the report of the Technical Committee on revitalization of Basic and Secondary Education in the state.

On assumption of Office, Governor Buni had declared a state of emergency on basic and secondary education to develop the foundation of education in the state.

A statement issued by Mamman Mohammed, the Director General, Press and Media Affairs to the Governor said a  Technical Committee was constituted under the chairmanship of Prof. Malah Daura, Vice Chancellor Yobe state University with erudite scholars appointed as members to develop a framework for the actualization of the programme.

The Governor said the education sector is very dear to his administration and would do everything within his powers to uplift the standard of education in the state.

“The state of education in the state was in need of support before it was compounded by the activities of Boko Haram insurgents. 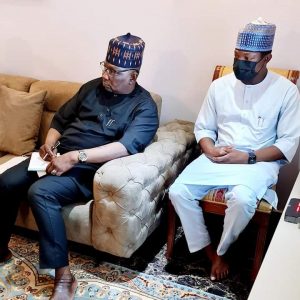 “We have to move fast to salvage the situation for the state to progress educationally.

“This explains why even before the submission of the comprehensive report, we had been using the interim report to fast track our steps in education.

“This administration is committed to improving the standard of education in Yobe state; we will do that with vigour to achieve our target” Buni assured.

Dr Kole Shettima, Honorary Special Adviser on Education to the Governor and a member of the technical Committee, who led the presentation commended the Governor for demonstrating uncommon commitment and using the report before its formal presentation.

The committee also suggested constitution of a high powered commission to monitor implementation and ensuring synergy among key players for consistent review and upgrade to be in tune with international standard practice.

It would be recalled that the Buni administration had in the last 20 months constructed and rehabilitated many schools, employed more qualified teachers and trained others, procured books and other instructional materials among others in a deliberate move to improve the standard of education in Yobe state.