This comes as peace gradually returns to Borno State, which had been faced the challenges of Boko Haram Insurgency in past past several years. 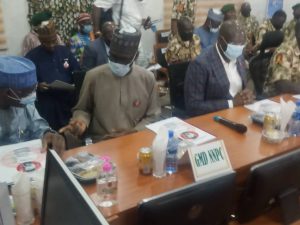 Briefing Journalists immediately after the closed door meeting, the Honourable Minister said that they were in Maiduguri to appreciate the military and hold security meeting with the top military officials on the possibility of resuming oil exploration in the north east especially,  at the Lake  Chad Basin where oil  has already been discovered.

“We are here in Maiduguri to thank the military and appreciate them for what they are doing in providing security and restoring peace in the north east. 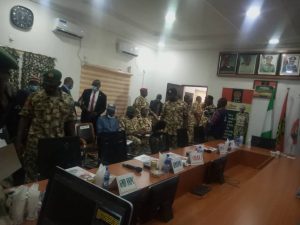 “Now that there is peace. Security has been provided by the military. We thank them for their doggedness and provision of security . Because with the military efforts now, we now have security. Everywhere is safe now and we can resume or commence oil exploration in the Lake Chad.

“And we shall soon resume the exploration in the Lake Chad Basin which we have started over the years”, Sylva said.

Niger to Sell Fuel to Nigeria