The organic intellectual in a free society

Ours has become a chronically anti-intellectual society. It is only in a country such as ours that people with questionable pedigrees will become the rulers and shakers of the society.  We have become a society that valorises illiteracy and puts a premium on men of low degree; where values and standards count for nothing – where excellence is viewed with barely concealed contempt. 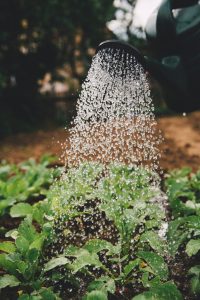 During the nationalist days, those who led the struggle for independence were people of excellence.

The father of Nigerian nationalism, Herbert Macaulay, was a qualified surveyor. His father, Thomas Babington Macaulay, was a priest and educator and founder of the first secondary school in our country, CMS Grammar School, Lagos.

Richard Akinwande Savage was a physician and journalist of distinction.

Christopher Sapara Williams was not only the first qualified lawyer in our country; he was a pioneer nationalist and a mathematician of note.

Nnamdi Azikiwe was an erudite political scientist and an influential journalist and orator.

Obafemi Awolowo was an economist, lawyer and philosopher. His influential Path to Nigerian Freedom (1947) was written when he was still a law student in London. The Foreword was written by the distinguished Oxford authority on colonial administration, Dame Margery Perham, who described it as a “remarkable book”.

Our first and only Prime Minister, Sir Abubakar Tafawa Balewa, was a science teacher, orator and novelist. His semi-autobiographical Shehu Umar still brings tears of nostalgia to my eyes.  His fellow Bauchi compatriot, Sa’adu Zungur, was a qualified pharmacist, poet and journalist.

The women of that era also did not disappoint: Margaret Ekpo, Gambo Sawaba, Funmilayo Ransome-Kuti and others.

Some of the political gladiators of that were no mean intellectuals: Ladoke Akintola, Remilekun Fani-Kayode, Akanu Ibiam, Taslim Olawale Elias, Tony Enahoro, Aminu Kano, M.T. Mbu, Okoi Arikpo and others.

Beyond the rough and tumble of those years, the quality of public discourse was of a relatively higher order compared to what obtains today. Ideas mattered. Excellence mattered. The political space was not an arena for charlatans, drug-dealers, cultists and all manner of unlettered cretins. Today, the glory has departed. Babylon the Great has fallen!

I have never believed that a university degree or HND must be the minimum qualification for leadership. Some of the world’s greatest intellectuals never had a diploma.

The role of intellectuals is best illustrated in the context of the nineteenth century intelligentsia and Russian history.

The Russian mind is Eurosian in its character and temperament, propped up under the Holy Russian Orthodox Church. Statesmen like Peter the Great and Catherine the Great made every effort to Westernise Russian government, economy and culture. The intelligentsia movement began in that period of ferment. It referred to a class of people who dealt mainly in ideas. They were to be found within and outside the walls of the universities. They were not necessarily academicians.

Russian writer Pyotr Boborykin recently described them as,“the managers of a society and as the creators of high culture”. There were no prescribed qualifications. But they always knew themselves. They included novelists and poets; philosophers; mathematicians and scientists. My Russian friend explained to me that it was not a status that could easily be described. You knew a member of the intelligentsia when you saw one. They included novelists such as Fyodor Dostoevsky and Mikhail Bulgakov; religious philosophers such as Vladimir Solovyov, poets such as Osip Mandelstam and scientists such as Pyotr Kapitsa and Sofia Kovalevskaya.

Russian thinker Vitaly Tepikin described them as a group united by certain key elements: commitment to advancing morals and public ethics; sensitivity to their neighbours and gentleness and kindness towards others; patriotism, faith in the people and inexhaustible love for the motherland; commitment to intellectual creativity in all its forms; desire for independent self-expression and intellectual freedom; a critical attitude to the Establishment and commitment to the transformation of society and antipathy to all forms of social injustice; and loyalty to moral convictions based on conscience even under the most difficult of conditions requiring sacrifice and self-denial.

During the Soviet era, Russian intellectuals made heroic sacrifices in pursuit of freedom. Many paid for it with their dear lives. The Nobel laureate Alexander Isayevich Solzhenitsyn recorded the deeds of these intellectual martyrs in his famous book, The Gulag Archipelago.

My Russian friend, who is currently a distinguished academic at a North American university, recalled an encounter with an ageing visitor to their home when he was barely 10. He somehow took a liking to the man and was jumping all over him. After the man left, his father, who was a member of the elite Soviet Academy of Sciences, told him to bring out his diary and make a note of that fateful day. He revealed the name of the visitor as Andrei Sakharov.

Andrei Dimitrievich Sakharov (1921—1989) was a nuclear physicist and Nobel laureate who later became a human rights and peace advocate.  Sakharov was a legendary scientific prodigy and father of the Soviet hydrogen bomb. He later turned against the Evil Empire and its horrific human rights abuses. He would have been killed, but survived only because his Olympian scientific achievements gave him some form of immunity. He died on 14 December 1989, astonishingly, as the Soviet Empire itself was crumbling.

The first are the professors and university schoolmen who are essentially careerists.

Organic intellectuals, on the other hand, are men and women of ideas who exert their energies for the transformation of society. The term “organic intellectual” was first coined by the Italian Marxist revolutionary intellectual Antonio Gramsci. Gramsci defined the organic intellectuals as selfless patriots who desire a better society and could sometimes put their lives on the line for the sake of personal principles and convictions. He himself languished in prison for 11 years under Mussolini and the fascists, until his death in April 1937.

Some of the organic intellectuals that I have admired the most in the course of my life include illustrious Nigerians such as Tai Solarin, Mokwugo Okoye, Eskor Toyo, Claude Ake, Ikenna Nzimiro, Bade Onimade, Mahmud Tukur, Yusufu Bala Usman and Ayodele Awojobi.

There are others in Africa and beyond that I greatly admire: Robert Mangaliso Sobukwe, founder of the Pan-Africanist Congress (PAC) of South Africa; J. K. Nyerere of Tanzania; Eduardo Mondlane of Mozambique, first leader of FRELIMO; Iranian revolutionary and sociologist, Ali Shariati Mazinani; and the Pakistani poet, philosopher and jurist Mohammed Iqbal.

The organic intellectuals are the true salt of the earth. Without them, there can be no economic or social progress. They are ultimately more powerful than moneybags, military arms and temporal political power. The pen will always be more powerful than the sword. Even if the wielder of the sword is killed, his ideas will never die.

In the memorable words of the greatest economist of the 20th century, John Maynard Keynes: “Practical men, who believe themselves to be quite exempt from any intellectual influence, are usually the slaves of some defunct economist. Madmen in authority, who hear voices in the air, are distilling their frenzy from some academic scribbler of a few years back.”

# Obadiah is a former Director at the Central Bank of Nigeria, a former Faculty at the National Institute for Policy and Strategic Studies, Jos, and at Oxford University, London.