Nigeria’s biggest bank by asset, Access Bank PLC has announced strategic acquisition and investment in Mozambique, South Africa. This was disclosed on Tuesday.

The bank has also received approval in principle from the Central Bank of Nigeria (CBN)’s through the Nigerian Stock Exchange (NSE) to proceed to becoming a holding company.

The proposed corporate identity means Access Bank’s current status as a commercial bank, whose operations are independent of those of its subsidiaries, will give way to a single, far more expansive entity that controls the shares of all the combined units.

The holding company is a corporation that owns a controlling interest in one or more banks but does not itself offer banking services. Holding Companies do not run the day-to-day operations of the banks they own but exercise control over management and company policies.

It is different from the universal banking system which, on its part, enables bank provide a wide variety of comprehensive financial services, including those tailored to retail, commercial, and investment services.

Announcing the development in a statement on Tuesday, the bank’s secretary, Sunday Ekwochi said: “The proposed HoldCo structure would enable the bank to further accelerate its objectives around business diversification, improved operational efficiencies, talent retention as well as robust governance. Further details regarding the HoldCo structure will be communicated to the market in due course.”

The statement also declared the bank has scaled the regulatory hurdle to begin operations in Mozambique and would adopt the name, Access Bank Mozambique, S.A, after inking a deal with ABC Holdings Limited, a fully owned subsidiary of Atlas Mara Limited to acquire African Banking Corporation (Mocambique) S.A.

On the South African venture, the bank said “Building on its strategy of delivering a robust banking operation which connects key African markets, Access Bank has entered into a definitive agreement with GroCapital Holdings (“GroCapital”) to invest into Grobank Limited over two tranches. The first is an initial cash consideration for a 49% shareholding, increasing to a majority stake in the second tranche. Both tranches are subject to various regulatory approvals and the overall transaction subject to Grobank’s shareholder approvals. 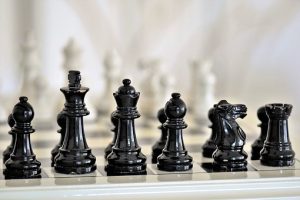 GroCapital, whose shareholders include the Public Investment Corporation – Africa’s largest investment manager, and Fairfax Africa Holdings – a leading global investor, will retain an existing but diluted shareholding in Grobank.

A presence in South Africa will serve as a cornerstone for further momentum in delivering on Access Bank’s mission to be Africa’s Gateway to the World. The proposed transaction is expected to provide access to the largest banking market in Africa and enable Access Bank to consolidate its Southern African and broader African footprint with enhanced capabilities to fulfill the needs of multi-national clients.”

Speaking on these developments Access Bank’s Group Managing Director/Chief Executive Officer, Herbert Wigwe said:  “We have consistently said that we are focused on building the scale needed to become a leading African bank; one that leverages our experienced and growing talent base and key stakeholder partnerships towards driving sustainable impact and profitability. Today’s announcement demonstrates further commitment to delivering our strategic aspirations of becoming Africa’s Gateway to the World in line with our vision to be the World’s Most Respected African Bank.

These transactions will significantly strengthen our presence in Southern Africa and further our footprint for growth in the SADC region. With a broader presence across the continent, Access Bank will be better placed to support our customers who are increasingly looking towards intra Africa growth. The proposed transactions will accelerate the Bank’s momentum towards delivering world class banking services to an expanded customer base across Africa. Our goal remains to reach and impact 100 million unique customers across the continent