We all have a tendency to blame others for the problems and predicament of Nigeria. We blame people from other tribes, regions and religions, while exonerating our own people. We even sometimes deploy our intellect to rewrite the history of Nigeria to suit our prejudice and preconceived ideas. We are in a meaningless game of ‘my people are better than yours.’ However, if we are a little more introspective, we would find that we have all contributed to the problems of Nigeria.

Who do we blame for the formation of Regional Parties like Northern Peoples Congress (NPC) in 1949 and Action Group (AG) in 1951? Who is responsible for the tribal politics of the cross carpeting by 20 out of 42 elected NCNC (and it’s Ibadan political ally) Members in the 80 man Western Region House of Assembly after the 1951 elections? This gave AG an overnight majority and denied Nnamdi Azikiwe the opportunity to lead the Government of Western Region, forcing Zik into opposition in the Southwest and later the leadership of NCNC in the Southeast. 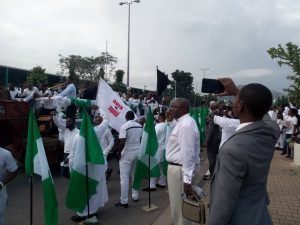 Who is to blame for the NCNC opposition in the 1954 National Conference, to the inclusion of the right of secession in the Nigerian Constitution? This is probably remains the Constitutional basis of resistance to any attempt at secession till date. Who is to blame for delaying our National Independence which an Enahoro motion in 1953 wanted for 1956, but did not happen till 1960 when Northern Nigeria was ready? Who or what made NCNC to form alliance at the eve of Independence with NPC (to spite AG even though AG was willing to concede Prime Minister to NCNC)? This alliance helped to establish Northern political domination in Nigeria. 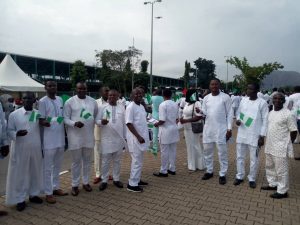 The Fulani/Kanuri leaders have continued their blunders: from their pre-Independence unpatriotic but self-serving partnership with the Colonial UK, to the misuse and abuse of power in the post-Independence and military era, to the neglect of the education of their children, to wanton corruption of their recent leaders, to the neglect of development for politics, to the continuous promotion of violence for political, economic and religious purposes, to the misuse of the present opportunity to lead (which will not and cannot be forever), etc. They are making mistakes that will surely haunt them for a very long time to come. Who is to be blamed for their poor choices, policies and actions that have impoverished and destabilized the North and have set the whole country back?

Unless we all stop the blame game and learn to accept personal and group responsibility for the mistakes of the past, we will continue to move in circles while sinking under the wait of our foolish choices and historical blunders. Our story is complex but it is up to the progress seeking majority in Nigeria to unite and put the right people in power, and rewrite the story of Nigeria. May God help us.

Prepare to Ask the Hard Questions