Nigerians in Struggle for Second Independence

The first independence was from external oppressors, this second struggle is against internal oppression. It’s ironic that a nation that has potential for being among the greatest nations on earth has been reduced to the poverty capital of the world due to bad Governance.

The non-violence protests rocking the country is groundswell like never happened before. It’s an expression of bottled up frustrations. Everyone who has been oppressed by the Nigerian system in past 60 years, must get involved in this struggle for a second independence, whether you live in Nigeria or outside Nigeria.

The first independence was secured without violence, it was gotten through dialogues and negotiations.

We encourage everyone involved in the current struggle for a second independence to work hard to ensure it is secured through dialogues and negotiations.

A new nationalists are emerging. It’s now a collective struggle, noonger an elite struggle. The youth are at the forefront, but the support is grassrooted. Don’t let anyone push you into violence to discredit your struggles. 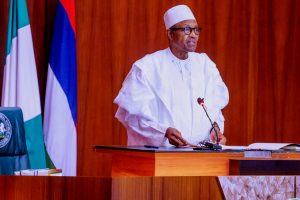 This is an opportunity that must not be missed and taken for granted. This is time to demonstrate political leadership.

We say ‘No’ to voilent protests. We say ‘Yes’ to peaceful assemblies, respectful dialogues and negotiations.

Together we recreate a new Nigeria.

Prepare to Ask the Hard Questions