The irony of Presidents and development status in Africa

The biggest problem of Ugandans or Africans in general is this illusionary belief that they could change their countries by voting a different person into power. It is this belief that all problems of a country start and stop with the President. That if you could just have the right man in power, then all of a sudden, Africa would transform. This is what they call chasing a mirage, imagining some utopia. Unfortunately, utopias are never realized in life.

The actual problem of Africa is not the presidents. From where do these presidents come? From within! The problem of Africa, the problem of Uganda is its citizens, their shared values and mentalities. The day Africans wake up and stop looking for an external enemy and realize that they themselves are Africa’s problem is the day we shall get closer to finding an African solution.

I have often told friends that I am happiest whenever the MPs draw bigger salaries every financial year. As Ugandans, we lambast our representatives in public for drawing these salaries. In private, we drain our MPs. We invite them for funerals, for introduction ceremonies and expect them to contribute out of pocket to save us. A Ugandan MP attends no less than 10 functions in a week on average. They are expected to find jobs for their people. They must contribute towards the least of needs. The big salaries they draw, they all go straight to the people they represent. Yet it seems some of us live in an illusion called Uganda. We expect our MPs to act as MPs in UK except that in our case, we also expect to play donor to their people’s needs. 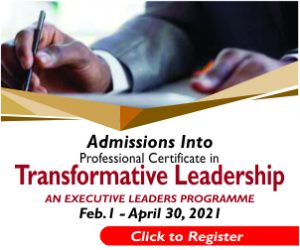 We decry the corruption in the country yet we bribe to get our children in the best schools. We bribe our way out of police tickets. We have no respect for traffic rules. We are every evil we see in the president and his team.

Every ill you can diagnose in Museveni and his government, you will find twice or thrice the magnitude in a Ugandan citizen.We complain of government incompetence, yet go ahead to champion incompetence in every aspect of our lives where government has no control. Our carpenters produce substandard furniture.

I often ask myself; if the public sector is too incompetent, how come the private sector has not done any better? How come you are more bound to have a misdiagnosis in a private hospital than in a public hospital?

Daily Monitor, Observer, Red Pepper, New Vision write stories every day that highlight government incompetence. Yet, there will never be a single day where you will pick up a Ugandan newspaper and fail to find an error on every page.

Perhaps one day as Ugandans we ought to self-reflect, and look within and realize, that we are demons we are trying to fight. If Museveni and his government were the only incompetent people and everyone else was competent, then Uganda would be a Scandinavian country of sorts. Why don’t we have world class restaurants in the country? Why is it that customer care sucks in private institutions just, as it does in public institutions?

Every Ugandan I meet complains of the system, of the incompetence. Then I ask myself, “you dear Ugandan, where can I find examples of your excellent output?”

The same people who complain of poor working conditions run slavery rings in their own homes. The day housemaids of this country decide to speak out, we shall be shocked at the evil we sustain in our homes.

I now suspect that our anger, our rants, our complaints about the system is all because this system is a daily reminder of our own incompetence, our own weaknesses as a people. What this government has done is hold a mirror up to the Ugandan society and we are not happy about our own reflection.

Today I read a sad story. That there are about 20,000 Asians in Uganda, less than 0.5% of the Ugandan Population. And that these pay 64% of our tax revenues. To put it simply, even the taxes we complain that government mishandles, more than half of them are paid by non-Ugandans. In other words, we don’t even have a right to complain.

That should signify an innate Ugandan problem. There is something deeply wrong around how the Ugandan and African societies are constructed. Ugandan Citizens promise so much and deliver so little. Our shared beliefs, mindsets and values have been constructed in such a way that, regardless of the president in power, we shall always produce substandard results. It is no wonder that all over Africa, we complain of the same problems: littered cities, corruption, failed government institutions, name it all. You could fly from Uganda to Malawi to Ghana to Zambia and not notice a difference. Because? It is not a problem of presidents. It is a problem of the African citizens. But they are too scared of self-criticism, they have dabbled in escapism and found scapegoats in their leaders.

As Plato wrote in the Republic, “Like man, like state.” We can’t expect to have better leaders until we have better people. You can’t create great companies without great employees. It doesn’t matter how great the CEO is, if she has crap employees, she will have a crap company. That is the case of Uganda and other African countries!