To Re-strategise for Robust Engagement with the System

Against the hijack of the otherwise peaceful protests of youths to demand the End of SARS and end of Police brutality, a coalition of the Protest groups  issued a statement on Friday October 23, to call off the street protests and to re-strategise for future engagements. The Statement reads:

“Following the nationwide address from President Muhammadu Buhari on Thursday, October 22, we are more resolved to press not just for justice but for a new and better Nigeria where all citizens are safe and can thrive.

“Lagos State, where the hotbed of resistance began has been under state-wide curfew imposed by Governor Babajide Sanwo-Olu. Prior to that, Soldiers attacked peaceful protesters at the Lekki Toll Gate and unleashed carnage. We have watched with horror, the ensuing acts of violence, murder, looting, razing and vandalisation of homes, businesses and organizations in Lagos State, and we will like to state emphatically that these are not protesters. We completely condemn any form of violence or looting.

“For the sake of the wellbeing of our comrades and ordinary citizens being adversely affected by this, we will deprioritise the physical protests, for now. But, for the sake of those who died, before the protests, during the protests, and at the hands of Soldiers at the Lekki Toll Gate — people who the government has largely refused to acknowledge, THE STRUGGLE 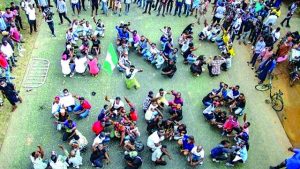 “Here are our objectives in the next few days:

“During our protests, we made a conscious effort to clean up the venues and keep our environment safe for everyone. Following the condemnable vandalisations that took place since the curfews began, we are volunteering efforts towards the clean-up and rebuilding of the state.

“We will continue to intensify online publicity and protest of the issues and demands made. We will be hosting conversations, sharing articles and amplifying voices of thought leaders in that direction.

“We will continue grassroots mobilization and civic education of the masses, providing tools for education to enable them to understand the scale and scope of what is at stake.

“We are putting a timeline together to track actions taken to meet our demands. This way, we know what has been done, what is being done, and what can be ticked off our list. This way, we know if and when the government defaults, and we can decide if a return to the streets is necessary.

“We are building short, medium- and long-term strategies to sustain this momentum and keep this fire that has been ignited by the actions of young people across Nigeria burning. The strategies are pillared on and geared towards Education, Voter Registration, Political Consciousness and Representation for Young People in government.

“We will create a structure to strategically consolidate demands, formalize the coalition, galvanize the continued online protest, develop standards for monitoring and evaluation, and continue the mobilization and education of the citizens. 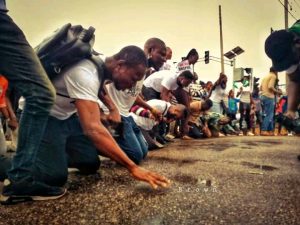 “The leaderless nature of this protest but consistent oneness in demand has been part of our unique strengths. As we move towards consolidation and negotiation, it is now pertinent we put forward a diverse group to represent the different coalitions; from celebrities to activists, legal minds to strategists, journalists to entrepreneurs, etc. We consulted far and wide, to come up with these names, and while this may not be exhaustive, it offers us an interim basis to begin the negotiation and consolidation.

“The nominees will meet with different protest leaders/blocs across the country/states, and consolidate on a vehicle for continuous demands. They will also track actions of the Government, represent our demands and provide feedback to us regularly. They are:

Names of Nominees at the Federal level:

Names of Nominees at the State level: (Lagos)

“Due to the decentralized nature of this movement across the country, we nominate a team with experience in leadership and diplomacy, to assist in advisory and other support. This team will be consulted from time to time within the process. The criteria are people with integrity, people who have a vast experience in national issues, and who have a track record of being pro-young people.

Nominees for Advisory Board

“All nominations are provisional. If there are people you think should be on the list, people who have been critical in the success of these protests and can work towards the actualization of our demands, and the ultimate mission — a better government/future for Nigeria, please nominate.

“In conclusion, these protests have never been politically motivated. It is not about ethnicity or tribalism. The young people across the country are demanding justice, good governance, accountability and reforms. These protests have no sponsor nor agenda other than what we have stated repeatedly; better governance, accountability and an end to brutality.

To everyone who has lost someone or something, we stand in solidarity with you.

To all our heroes that died before and during these struggles, we say Rest in Power! Your deaths will not be in vain.

It is NOT finished!

On behalf of the Coalition”.

In a similar development, the Feminist Coalition, also known as Feminist Co, has withdraw from the street protests after the Broadcast of President  Muhammadu Buhari on Thursday.

In a statement, Feminist Co – described itself as a group of passionate advocates that helped make the End SARS protests by sourcing for funds, coordinating protesters, and providing food, security, medical care, legal support and other services for protesters.

The group explained that they will no longer be accepting donations for the End SARS protests. They asked everyone to go home and “stay safe” as that’s the group’s priority.

They also stated that they condemn the recent violence and believe no Nigerian life is worth losing.

They commiserated with people who lost loved ones, adding that the dead should be recognized as heroes.

They then explained how the donations remaining in their account will be used. The money left will be used to provide medical care for the sick, legal aid for the wrongfully detained citizens, and relief for victims of police brutality as well as families of the deceased.

The group said it will now go back to doing what it was created for – championing the advancement of the Nigerian woman.